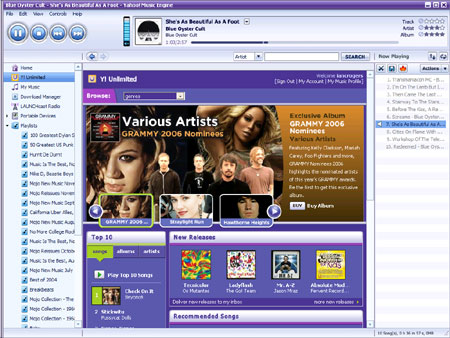 So I mentioned my trouble with Yahoo! Music Engine a while back. Howerver, it looks like there’s a new version with a lot of new features and fixes. It looks like they adressed a few of the issues I had with it (and maybe even fixed some of my other problems) For new features, I especially like the idea of the new built-in UPnP Server. It would have been great back when I was using the Gateway Connected DVD player or if I had an Xbox 360 without XP Media Center.

If I had not wasted my whole free trial trying to get the old YME working on at least one of my computers, I would probably try it out again.